On Sundays, NFL players become superhuman. These extraordinary athletes captivate as they juke their way to the endzone. Barreling through tackles, it seems like nothing can challenge these unstoppable players. Sadly, NFL players face serious challenges in the form of injuries. 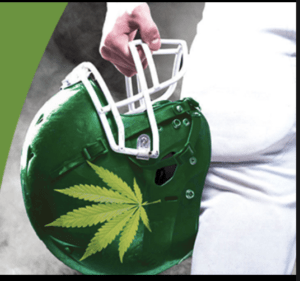 NFL players deal with bumps and bruises every week, and commonly play through the pain. Significant injuries, like ACL tears and concussions, are a struggle to recover from and can linger on for the rest of their careers. After they retire, NFL players have to cope with chronic pain caused by their hard-hitting careers. The scariest injury every NFL player worries about is CTE, a neurological disorder that can cause dementia. Once their superhuman careers are over, injuries reduce many NFL players’ bodies into wrecks.

The NFL and football players have a vested interest in keeping their bodies healthy. Better recovery from week-to-week and major injuries means players are available for more games. Also, long-term health ensures all players can enjoy their retirement without fear of brain damage. Millions of dollars of medical research has gone into finding solutions to these problems, with few results. However, new scientific breakthroughs have the NFL and its players turning to an all-natural medicine, cannabis.

Cannabis helps players with injury recovery during and after their careers. The incredible anti-inflammatory and neuroprotective properties of cannabis protect the players’ muscles and brains. Also, cannabis is a healthy alternative to dangerous, addictive painkillers like opioids and prescription medicine with horrifying side effects. Read on to learn more about the cannabis revolution taking the NFL by storm. 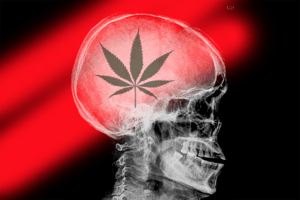 In 2013, Super Bowl Champion and former All-Pro Defensive Lineman Leonard Marshall got the news that every former NFL player dreads, he was diagnosed with CTE. Marshall was understandably concerned. Would everyday tasks become a challenge? Would he be able to remember his grandchildren’s names? Would he ever be able to feel like himself again? To combat CTE, Marshall threw the most potent prescription drugs on the market at the disorder.

Sadly, the debilitating side effects changed Marshall. Marshall said in a 2017 interview, “on those kinds of medications, with their severe side effects, I just didn’t feel like myself.” Marshall was between a rock and a hard place, forgo the prescription medication and risk his CTE worsening, or continue taking the medicine and suffer the excruciating side effects. Thankfully, Marshall discovered the amazing medicinal properties of cannabis.

Marshall was dedicated to finding the ideal CTE treatment. He began a non-profit foundation called Brain Unity Trust that searches for ways to help former NFL players diagnosed with CTE. After years of searching, Marshall finally learned about the powers of the cannabinoid CBD. He discovered that CBD helps prevent symptoms like irritability, aggression, and motor impairment, which were all symptoms he experienced due to CTE. Marshall gave CBD a try, and he never looked back.

Marshall describes himself as an individual who is “always on the run.” Therefore, if Marshall’s CTE symptoms flare up, he needs medicine that he can discreetly consume and provides instant relief. CBD fulfills both of these needs for Marshall. He commonly uses a CBD vape pen that he can hit for fast-acting relief. Also, Marshall uses other forms of CBD, like orally ingestible liquids or gummies. CBD is perfect for Marshall because he gets the full medicinal benefits of cannabis without getting high. Therefore, Marshall can take CBD at any time of the day and still be as sharp as a whip.

Undoubtedly, the medical benefits of CBD have changed Marshall’s life. As a Super Bowl Champion for the New York Giants, Marshall knows a thing or two about fighting against adversity. As it turned out, Marshall’s biggest battle would not be on the football field, but against CTE. When it looked like Marshall was fighting a battle he could not win, he turned to CBD to curb his CTE. Now, Marshall and others are inspiring a new wave of NFL Players to try CBD. 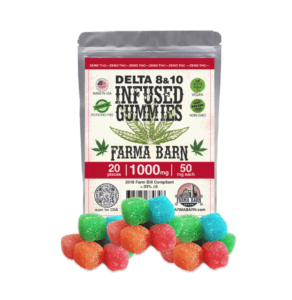 Few NFL players know the week-to-week grind of the NFL season like Rob Gronkowski. The Four Time Super Bowl Champion and Five Time Pro-Bowler has been the epitome of a tough tight end throughout his career. Despite Gronk’s fun-loving demeanor, he has struggled with injuries during his NFL career. Gronk’s injuries to his knees, back, and elbows began to pile up. Hobbled by injuries, Gronk was no longer a top-tier tight end in the NFL. Gronk was in so much pain and tired of the grind of coming back from injuries that he had to retire. Gronk thought his NFL career was over, but he stumbled upon the medicinal miracles of cannabis.

Gronk discovered the medical properties of cannabis during his retirement, specifically with the cannabinoid CBD. Like Leonard Marshall, Gronk said that CBD “changed my life.” Unbelievably, after nine NFL seasons and nine major surgeries, CBD helped Gronk become “pain-free.” Gronk said he wished he was allowed to take CBD when he played because it would have been a massive help with managing the week-to-week bumps and bruises. Little did Gronk know, he would be able to test that theory on the field.

After a year of retirement, Gronk’s CBD-aided recovery made him feel like he had a little more left in the tank. So, he called up his legendary teammate, Tom Brady, and joined the Tampa Bay Buccaneers. Although they started off slow, the Buccaneers had a dream playoff run and stormed to Super Bowl LV. Before Gronk discovered CBD, he would always be banged up in the Super Bowl, and some years he would be injured so bad he could not play. Due to CBD, Gronk felt like he was at his physical peak heading into the game, and he proved it.

Gronk had 6 catches for 67 yards and two touchdowns to boot. Gronk’s dominating performance led the Buccaneers to a 31-9 victory over the Kansas City Chiefs and would not have been possible without Gronk’s use of CBD. The recovery and pain-relief CBD gave Gronk inspired him and other players to push for the NFL to embrace cannabis. After years of NFL players being banned from using cannabinoids, they are finally starting to change the NFL’s mind.

Changing the Stigma of Cannabis

The NFL used to have cannabis on its banned substance list for years. However, with new research and player testimonies, the NFL has begun to embrace the healing powers of cannabis. The NFL ended up taking CBD off the banned substances list and shortly after stopped testing for the cannabinoid THC 9, the most abundant cannabinoid in marijuana. However, the NFL did not stop at allowing their players to use cannabis products, they fully embraced the cannabis revolution.

In February of 2022, the NFL doubled down on embracing cannabis by investing one million dollars into cannabis research. The investment supports research teams at the University of California San Diego and the University of Regina that are looking into the medicinal properties of cannabis. The recovery and healing effects of cannabinoids like CBD are already well known, but researchers think that CBD may have more incredible qualities. CBD helps curb the symptoms of CTE, but these researchers believe that CBD might be able to prevent CTE.

Teams of scientists are trying to delve deeper into the neuroprotective properties of cannabis. Neuroprotective cannabis means that cannabis can help fortify and protect the brain. This is a huge deal for the NFL’s goal to protect players from concussions. It is theorized that if players use cannabinoids, like CBD, before games and practices, it will protect their brains from injury. This extra protection could halt the CTE diagnoses that plague retired NFL players.

Overall, the medicinal properties of cannabinoids are only beginning to be uncovered. Former players like Leonard Marshall espouse the power of cannabis to fight CTE symptoms, and current players like Gronk use CBD for after-game recovery. Soon enough, the NFL could start encouraging players to use cannabinoids before and after games to prevent concussions. The future is bright for medicinal cannabis, and it might keep NFL players feeling like superhumans long into retirement.