Both cannabidiol (CBD) and delta-8 tetrahydrocannabinol (delta-8 THC/delta 8 THC)  have been on the hemp market long enough for many of us to have some level of experience with the effects of both.  These two amazing hemp derivatives have been hugely successful, offering distinctive properties on behalf of their unique nature as cannabinoids.

While both CBD and delta 8 THC are federally legal and nontoxic, some hemp enthusiasts may be worried about what could happen if they were taken together.  So, you might be surprised to know then that a lot of people choose to take them together, especially when they are just starting to incorporate delta 8 into their routines. 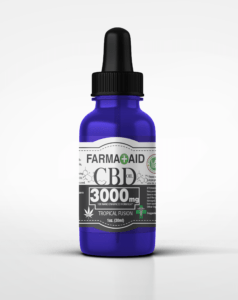 However, some individuals should avoid combining them, specifically due to the way in which delta8’s effects can interfere with certain important daily tasks.

CBD and Delta 8 THC: Two Cannabinoids, Together in Nature

Cannabidiol and delta-8 THC actually share quite a lot in common with one another.  Of course, they are both naturally present in the hemp plant – specifically, the flowering buds of the plant, where we find over 150 unique cannabinoids.  Being cannabinoids, each have the ability to attach themselves to cannabinoid receptors located throughout the body in order to enable these receptors to regulate processes of the body, which enables the function of the body’s endocannabinoid system (ECS) that seeks to maintain homeostasis within its host.

Now, this explains why CBD and delta 8 share many properties in common – particularly, the properties that are associated with mood, inflammation and even neuroprotective effects.

What is the Difference Between CBD and Delta 8 THC?

While CBD and delta-8 THC function similarly in the body, and offer many of the same properties, they are, of course, different compounds at the end of the day.

Cannabidiol is a non-psychoactive cannabinoid that works with CB1 receptors (present in the nervous system) and CB2 receptors (present in the immune and digestive systems) to offer a diverse array of desirable properties to the body.  Many people find that CBD helps them feel more at ease mentally and physically, while offering various effects pertaining to neurological, nervous system, immune system and digestive system function.  CBD is also used for its neuroprotective properties, meaning that it may protect neurological function in those with epilepsy, dementia and more.

Delta-8 tetrahydrocannabinol is a psychoactive cannabinoid, that’s about 70% as intoxicating as delta 9 THC.  Its high is known as keeping the mind relatively clear and focused compared to that of delta 9, while offering a more mellowing effect on mood.  Beyond that, delta 8 binds almost exclusively to CB1 receptors, which is why its effects are more associated with the nervous system, which is in charge of mood, pain sensitivity, brain function and more.  Let’s not forget, delta-8 is also known for its neuroprotective qualities, which may be just as prominent as those found in CBD.

Is it Dangerous to Combine These Cannabinoids?

The good news is that there is no negative interaction associated with the combination of cannabidiol and delta-8 THC.  And, there really wouldn’t be a reason to think that there is, because these two cannabinoids do exist together in nature, after all.  Cannabinoids can be taken together in various combinations to diversify the properties that interact with the body’s endocannabinoid system.  So, in short, taking the two compounds together is no more potentially harmful than taking one on its own.

There are a couple things that do need to be pointed out, however.  Because delta 8 is intoxicating, it does come with some slight risks compared to CBD.  One is that delta 8, being intoxicating, can impair one’s motor skills temporarily, which can make driving and operating certain kinds of machinery dangerous.

Furthermore, delta-8 THC can result in a failed drug test, unlike CBD, because delta 8 is broken down by a metabolite in the body known as THC-COOH, which is the same metabolite that breaks down delta 9 THC, the active compound in marijuana.  Drug tests that are urine-based seek out the presence of THC-COOH, without distinguishing between the two types of THC cannabinoids.

Finally, it must be noted that both cannabidiol and delta-8 THC have the potential to interact with certain medications.  Why?  Because both cannabinoids may suppress levels of CYP3A4 in the system.  CYP3A4 is an enzyme that breaks down commonly used medications including steroids, anti-inflammatories, opioids, allergy medications and many classes of psychiatric drugs.  Taking a CYP3A4 suppressor may prevent these drugs from metabolizing fully from the body, which in turn, causes their doses to create cumulative effects that could lead to toxicity.  This is why it is best to talk to your doctor before taking any hemp-based product.

What is the Synergistic Effect of CBD + Delta 8 THC?

Not only is it fine to combine cannabidiol with delta-8 THC, generally speaking, but many people find this combination favorable.  Cannabinoids that naturally occur together in the hemp plant share a synergistic bond with one another.  What this means is that combining two cannabinoids, like CBD and delta 8 THC, allows a unique effect that can be greater than the sum of each part.  In other words, taking them together can boost the effectiveness of the properties you’re seeking out, and it even goes further than that.  Many people – especially delta 8 beginners – prefer a combination of CBD and delta 8, because CBD can “take the edge off” of delta8’s high, making it gentler for those who are still developing a tolerance to its psychoactive effects.

Cannabidiol and delta 8-THC can and often are taken together, but the balance between the two cannabinoids naturally makes a difference.  Most people take these cannabinoids together to alter the high that they feel from the delta 8 THC, meaning the more CBD is in the picture, the mellower the high can be.  Many recommend a 2:1 CBD to delta 8 ratio for beginners, which can be achieved through any delivery method by simply dividing up the portions of each product.  For instance, with vapes, you’d just take 2 puffs of a CBD vape and 1 of a delta 8.  With edibles, you’d take 2/3 of a CBD gummy and 1/3 of a delta 8 gummy.

Ultimately, you can combine these cannabinoids in any way that you would like.  You can experiment with different delivery methods, dosage amounts, and milligram strengths to find that perfect sweet spot between the two cannabinoids.  Just remember, anyone who is a delta 8 newbie should always start slow with the cannabinoid as its psychoactive properties can be quite heavy for those who have never before experienced these effects.

If you want to experience the effects of combining these two cannabinoids, you can check out the various hemp products at Farma Barn.  We offer both active levels of CBD and delta 8 in various formulations.  One particularly excellent option is our delta 8 THC flower, which infuses naturally high-CBD flower buds with delta 8, to deliver a generous serving of both cannabinoids together.  Or, you can simply choose a CBD product and a delta 8 product from our catalog and take them together in any way that you’d like.

Bottom Line: CBD and delta 8 can offer synergistic benefits when consumed together, for an entirely one-of-a-kind hemp experience.  So, it’s worth trying these two cannabinoids in combination with one another, to see what types of properties you can feel through the power of plant synergy.